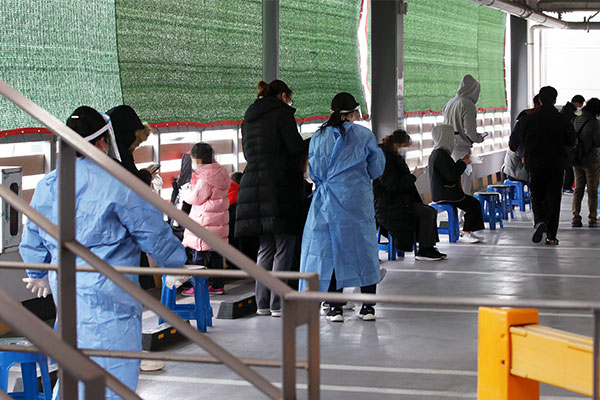 The government has failed to come to a conclusion on whether to halt a gradual transition to normalcy and return to restrictions amid a surge in COVID-19 infections.

A government committee supporting the transition held its fourth meeting on Thursday to assess the situation and find ways to tackle the current resurgence.

A government official said the committee, however, decided it needs more discussions with related ministries, industries and groups and postponed the planned announcement on new quarantine measures.

The government initially planned to announce new quarantine measures on Friday based on the outcome of the committee's meeting.

The committee reportedly discussed accelerating booster shots for senior citizens and expanding the COVID-19 pass system to children aged 18 or younger at study cafes, karaoke rooms and other virus-prone facilities.