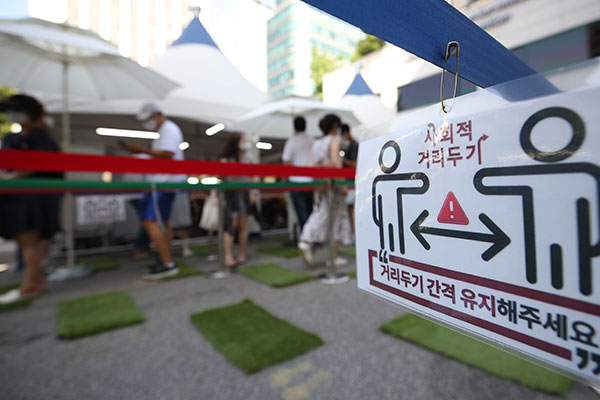 The government plans to announce new quarantine measures on Monday to tackle the resurgence in COVID-19 infections.

Health and Welfare Minister Kwon Deok-cheol announced the plan on Friday in his opening remarks for a coronavirus meeting in Sejong City.

The minister said that a government committee on the phased transition to life with COVID-19 held a meeting on Thursday to assess the situation and that currently the government is listening to the general public and experts, with consultations under way among related ministries.

He said changes will be announced on Monday after a thorough review and consultation. The minister added that the nation is facing its biggest crisis in the fight against the pandemic just four weeks after beginning the transition.

Kwon assessed that the capital region is reaching its limit in the capacity of hospital beds, with daily infections hovering around four-thousand and sharp increases in critical cases and deaths.
Share
Print
List