No. of COVID-19 Patients in Capital Region Waiting for Hospital Beds Tops 1,000 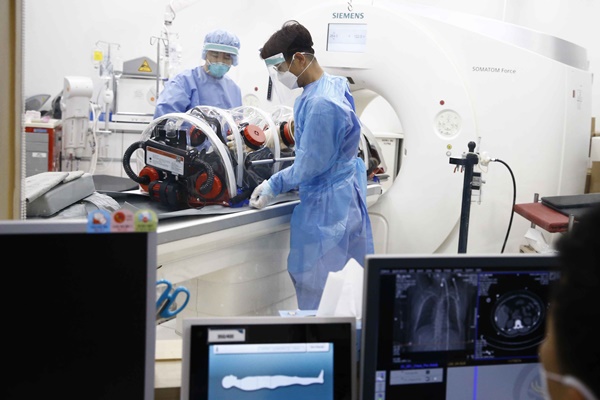 The number of COVID-19 patients in the Seoul metropolitan area who have been waiting a day or even longer for a hospital bed has topped one-thousand, reaching a new high due to the spike in cases in the region.

According to health authorities, the waiting list, which had no names when the nation began the transition into living with the virus on November 1, had one-thousand-310 people as of 12:00 a.m. Friday. That’s up 370 from the previous day.

Four-hundred-84 were aged 70 or older, while 826 others had existing health conditions, such as high blood pressure or diabetes.

As of 5:00 p.m. Thursday, 84-point-five percent of beds for critical patients were occupied in the capital area, leaving only 108 vacant. That’s up point-six percentage points from the previous day.