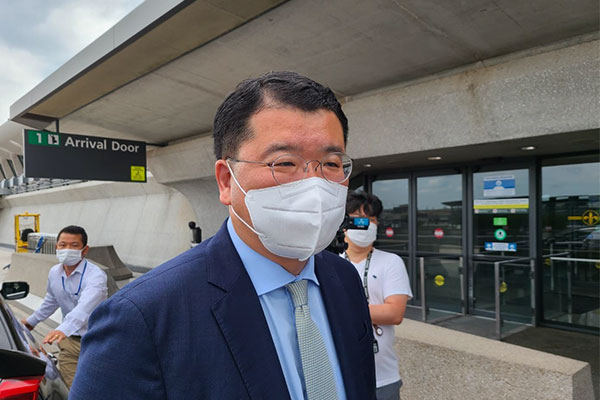 Senior diplomats from South Korea and the European Union have discussed an imminent revival of multilateral talks slated for next week aimed at salvaging the Iranian nuclear deal.

According to the Foreign Ministry on Friday, First Vice Foreign Minister Choi Jong-kun held a phone conversation with Enrique Mora, the deputy secretary-general/political director of European External Action Service for the EU, earlier in the day.

During their talks, Mora outlined the current situations and outlooks regarding the negotiations on the nuclear agreement known as the Joint Comprehensive Plan of Action(JCPOA).

Choi reaffirmed the South Korean government’s stance that it will continue providing diplomatic assistance needed for the development of the Seoul-Tehran ties and the progress of the multilateral talks.

Seoul has held in-depth discussions with related countries regarding the Iranian nuclear deal partly due to some seven billion dollars worth Iranian oil money still tied up at two South Korean banks since the U.S. put the Iranian central bank on its sanctions list in 2018.

The negotiations over the nuclear deal involving China, France, Germany, Russia, the U.K., and Iran are scheduled to resume in Vienna on Monday.
Share
Print
List