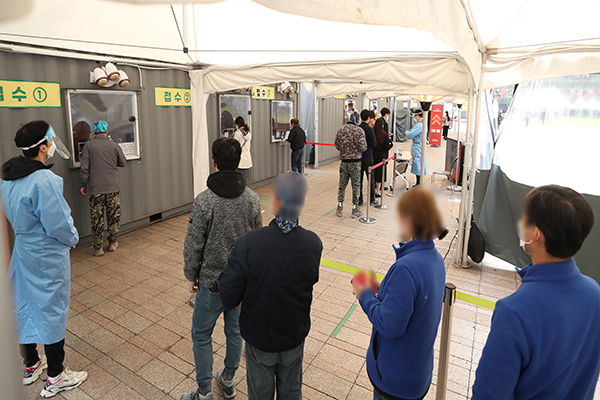 Health authorities reported nearly four-thousand new COVID-19 cases on Sunday, with the number of critical cases and deaths both climbing to new highs.

The daily tally is hovering around four-thousand for the fifth consecutive day since it surpassed the figure for the first time on Wednesday.

The number of critically ill patients also rose to an all-time high of 647, setting a new record for the sixth straight day.

Of the new cases, three-thousand-893 were local transmissions and 35 were from overseas.

Amid the continued rise in critical patients and deaths, the government plans to hold a meeting on Sunday to assess the virus situation and response measures.
Share
Print
List