Education Minister, KDCA Chief Call on Teens to Get Vaccinated against COVID-19 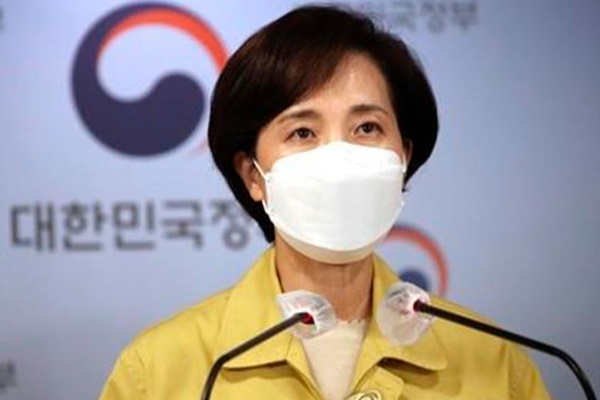 Education Minister Yoo Eun-hae and Korea Disease Control and Prevention Agency(KDCA) Commissioner Jeong Eun-kyeong have once again called on teenagers to get vaccinated against COVID-19.

In a joint briefing in Sejong City on Wednesday, Yoo and Jeong sought the public's cooperation amid a surge in new infections as in-person classes fully resumed last week and social distancing rules were eased from November 1 under the first stage of the government’s transition into normalcy.

The education ministry and the KDCA have extended the period of vaccination for people between 12 and 17 years of age to January 22 in a bid to boost the inoculation rates among teens. For two weeks starting from December 13, the government will implement a program in which healthcare workers will visit schools upon invitation to vaccinate students there.

The number of COVID-19 patients between 12 and 17 years of age had stood at three-thousand-630 in September. In October, it surged to over four-thousand-800 before eclipsing six-thousand-600 last month.

The government estimated that 99-point-nine percent of the two-thousand-990 teens in the age group who had tested positive for the coronavirus over the past two weeks had not completed their vaccinations.
Share
Print
List