US Reaffirms Commitment to Providing Extended Deterrence to S. Korea 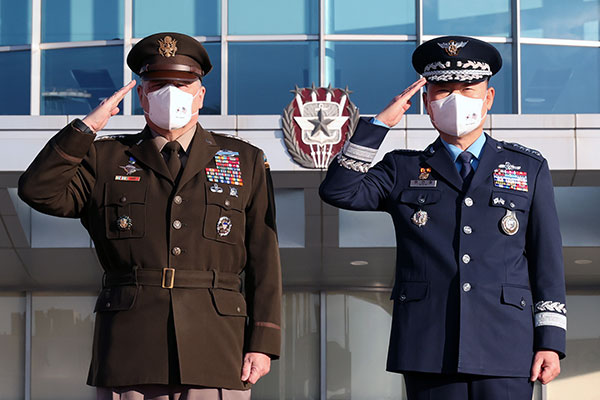 The United States has reaffirmed its commitment to providing extended deterrence to South Korea as part of its defense pledges on the Korean Peninsula.

The affirmation came during the 46th Military Committee Meeting(MCM) in Seoul on Wednesday between the chairmen of the allies' respective joint chiefs of staff(JCS). It was the first time that the annual meeting was held in person since the start of the COVID-19 pandemic.

The military chiefs also acknowledged progress in the allies' ongoing discussions on the conditions-based transfer of wartime operational control(OPCON).

The annual military chiefs' meeting will be followed by the Security Consultative Meeting(SCM) of the allies' defense ministers in Seoul on Thursday.
Share
Print
List