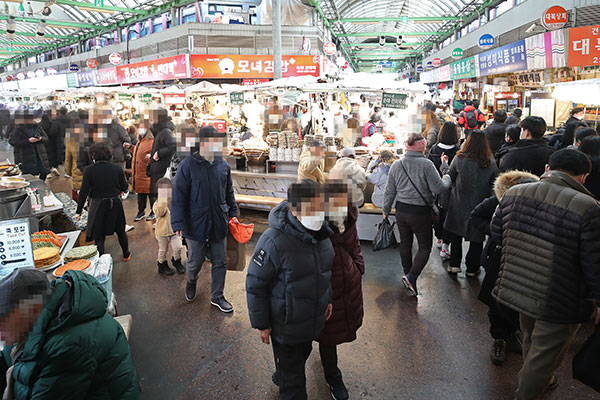 South Korea's food price inflation in the third quarter ranked the fourth highest among members of the Organization for Economic Cooperation and Development (OECD).

According to data by the OECD and Statistics Korea on Sunday, prices for groceries and nonalcoholic beverages rose by five percent on-year in the period of July-September.

The country's consumer prices rose by two-point-six percent on-year in the cited period, the largest quarterly gain in about nine years.

South Korea's inflation ranked 20th highest, along with Belgium, among 34 states whose inflation data are released by the OECD.

However, in terms of food price inflation, only three countries – Colombia, Australia and Mexico – posted higher rates than South Korea.