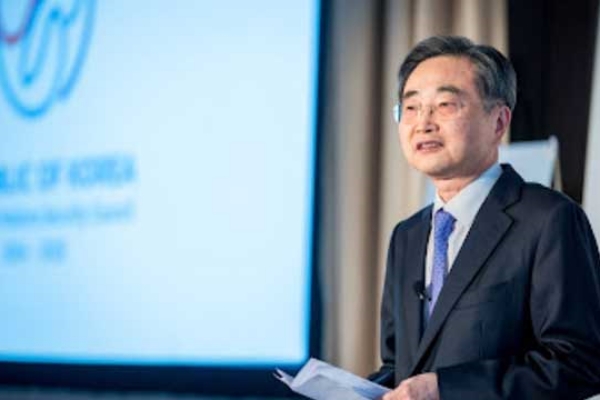 South Korea has launched a campaign for its bid to win a non-permanent seat at the United Nations Security Council (UNSC).

The country's permanent mission to the UN said on Saturday that it held a reception at a hotel in New York City the previous day for diplomats at the United Nations and employees at the UN Secretariat, and asked for their support for the bid.

South Korea's Ambassador to the UN Cho Hyun reportedly said that if South Korea wins the seat for the 2024-2025 period, it will play an active role in various areas including UN peacekeeping operations, women and youth.

The election for the non-permanent member seats is slated for June 2023.