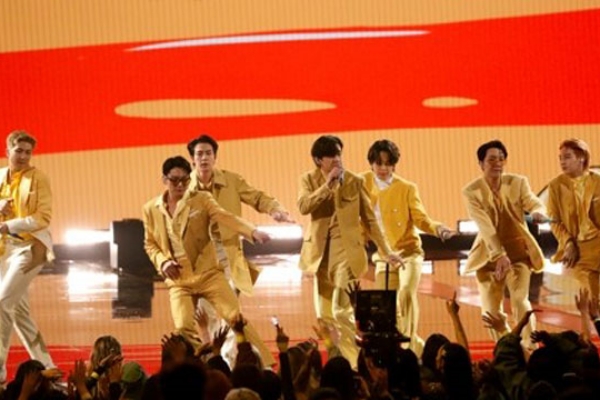 K-pop band BTS has received the 2021 award for "Record of the Year" from U.S. magazine Variety with its global hit song "Butter."

According to the band's management agency Big Hit Music on Sunday, BTS won the honor at Variety's annual Hitmakers event on Saturday.

It marks the second time BTS was included in the Variety list. In 2019, BTS was named Group of the Year, becoming the first South Korean artist to make the Hitmakers list.

In a video speech on Saturday, BTS thanked Variety for the "amazing honor," saying that "Butter" holds a very special place in their hearts.

The band added that during these uncertain and turbulent times with the pandemic, they took time to look back on their past and present and decided to release "Butter" in the hope of lifting people's spirits.
Share
Print
List