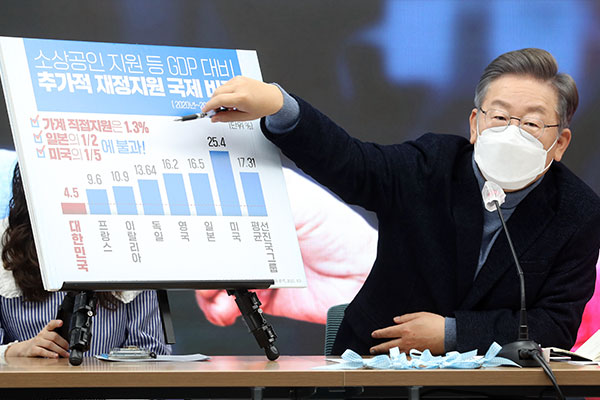 Meeting with business representatives on Monday, Lee criticized the government for forcing the group to make sacrifices for the good of the general public, while offering far less in aid than other countries when taking into account the country’s gross domestic product(GDP).

Lee accused the government of forcing the public to shoulder the cost of quarantine, instead of expanding public spending, thereby causing household debt to snowball.

The DP candidate also urged his main opposition People Power Party(PPP) rival Yoon Seok-youl to agree to talks to include the funds to support small businesses in next year's budget.
Share
Print
List