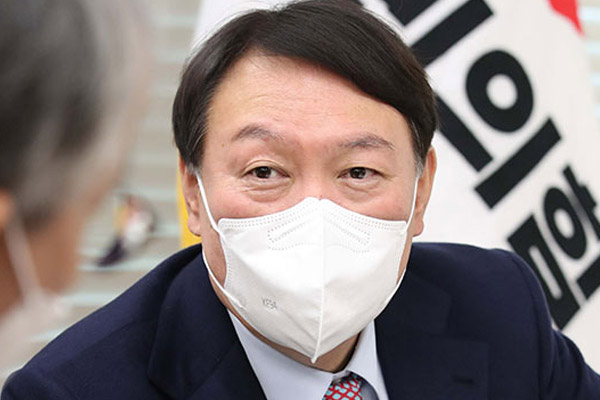 The main opposition People Power Party(PPP) officially launched its election committee on Monday, about a month after naming Yoon Seok-youl as its presidential candidate.

An event marking the launch was held in southeastern Seoul, attended by key figures, including Kim Chong-in, the party's general chairman overseeing the entire organization of the campaign.

During his speech, Yoon called for an administrative change, saying the corrupt and incompetent administration of Moon Jae-in must face public judgment.

Stressing that the party must declare a victory in the March 9 presidential race to lay the foundation to win future local and general elections, the candidate called for unity in the name of administrative change.

Stating that a nation where fairness is common sense with a strong basis is the country that he dreams of, Yoon pledged to reinforce social safety nets to better protect people without homes, irregular workers and those in the low-income bracket.
Share
Print
List