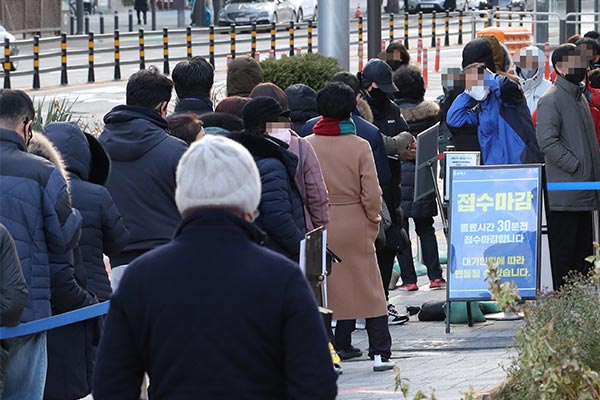 The daily tally rose by over 600 from a day earlier. It marks the largest figure for a Tuesday and the first time for Tuesday’s number to surpass four-thousand. From a week ago, the figure soared by over 19-hundred.

The number of critically ill patients rose by 47 from a day ago to hit a new high of 774, replacing the previous record of 752 set on Saturday. The figure stayed over 700 for the seventh consecutive day.

Sixty-four more people died of the virus, the second-highest daily figure after 70 recorded on Saturday. The overall death toll came to three-thousand-957. The fatality rate stands at zero-point-82 percent.

The number of omicron infections rose by 12 to 36.