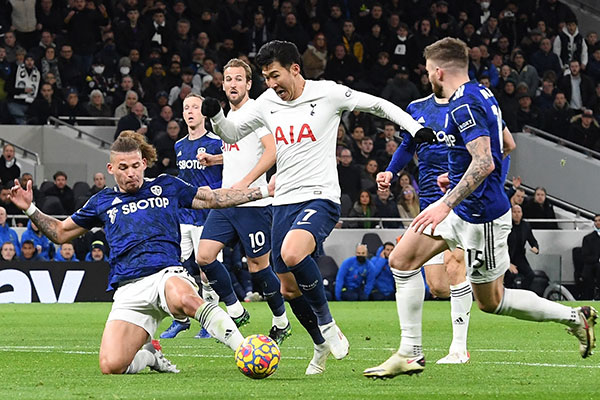 Tottenham Hotspur of the English Premier League have been hit by COVID-19, with several players, possibly including Son Heung-min, testing positive.

British media Football Insider reported on Tuesday that Son is among six players who have contracted the virus.

The BBC and other British media earlier reported that six Tottenham players and two staff members were believed to have tested positive.

However, Tottenham has not released the names of the players in question. Football Insider disclosed them, citing a source in Tottenham.

Players who test positive for the virus are subject to a ten-day period of self-isolation.
Share
Print
List