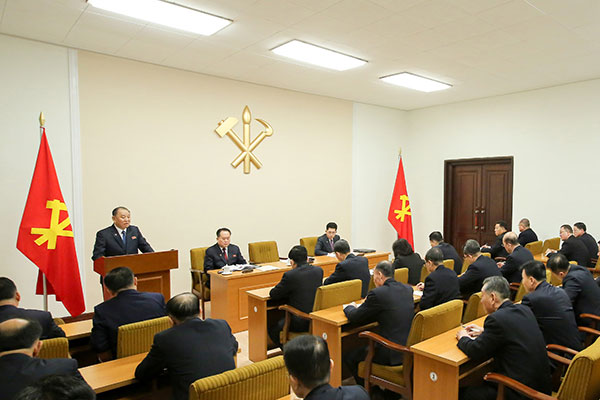 North Korea reviewed a draft resolution expected to be adopted at an ongoing ruling Workers' Party meeting to set the direction for state policies next year.

Ruling party mouthpiece Rodong Sinmun said on Friday that the party convened the fourth day of the Fourth Plenary Meeting of its Eighth Central Committee the previous day.

The paper said that the attendees concluded discussions on sectional workshops and consultative sessions, while collecting constructive ideas to supplement the draft resolution. It added that the plenary session will continue, without further elaboration.

North Korea watchers speculate that the resolution will include the North's policies regarding frayed inter-Korean ties and the stalled nuclear negotiations with the U.S.