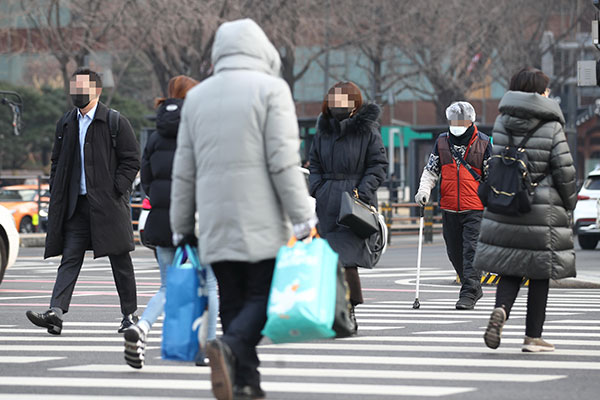 Most parts of the country will have clear skies but biting cold weather on the last day of 2021.

Small amounts of snow will fall on the west coast of southern North Jeolla Province and the western regions of South Jeolla while Ulleung Island and the Dokdo islets will see gusty winds and around five centimeters of snow.

Cold wave warnings are in effect for the second day in northeastern parts of the capital area as well as western Gangwon, North Chungcheong and North Gyeongsang provinces. Cold spell advisories were issued in Sejong, Incheon's Ganghwa Island and South Chungcheong Province.

The Gyeongsang and Gangwon provinces as well as Busan and Ulsan on the eastern coast are especially at risk of fires due to dry conditions and strong winds.

New Year's Day will be cloudy nationwide with morning temperatures similar or slightly lower than Friday. Morning lows will range from minus 16 to minus three degrees Celsius with minus nine degrees Celsius forecast for Seoul.
Share
Print
List