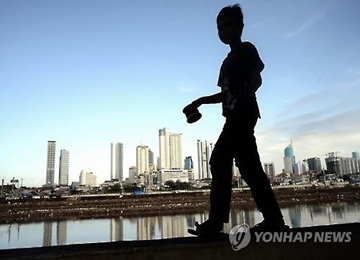 Anchor: The government and major agencies at home and abroad project South Korea's real gross domestic product(GDP) will expand two-point-eight to three-point-three percent on-year in 2022. While the rosy outlook came before the onset of the omicron variant, experts also warn about the impacts of global supply disruptions, inflation and U.S. tapering.
Choi You Sun reports.

Report: The government forecast the economy to expand three-point-one percent this year, lower than the International Monetary Fund's(IMF) three-point-three percent, but higher than the Bank of Korea's(BOK) three-percent forecast.

Officials in Seoul projected private consumption to rise three-point-eight percent amid a step-by-step transition to living with COVID-19 and exports, which hit a record high last year, to further expand two percent in 2022.

Along with satisfactory growth in investment, the government expected around 280-thousand more people to find jobs this year.

While these projections came before the rapid spread of the omicron variant, experts warn that the latest resurgence could further delay recovery by leading to global economic stagnation and prolonged supply chain disruptions.

Other factors of concern include rising inflationary pressure and the increased burden for loan holders after the central bank's additional rate hike expected this year.

According to BOK data, credit currently held by households and businesses is two-point-two times larger than the nation's gross domestic product(GDP). The central bank warned such financial imbalance could force growth to fall into negative territory.