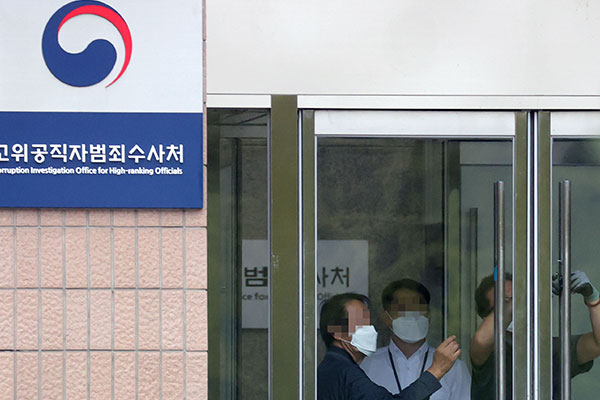 The presidential office appears bewildered by the controversy around the Corruption Investigation Office for High-ranking Officials(CIO) checking the phone records of opposition politicians, journalists and members of the general public.

Senior presidential secretary for public communication Park Soo-hyun appeared on the Chosun Ilbo’s YouTube channel on Monday and said he cannot help but ask if efforts were made to create the CIO only to face criticism.

Park said it is true that the CIO, which took three decades to create, has room for improvement but then expressed hope that the agency will be able to carry out its basic function.

His remarks suggest that the top office views that it was inappropriate for the CIO to cause such controversy. They also indicate that it believes the CIO will yield proper results after its operations stabilize with time.

While expressing concerns about the latest controversy, Park was quick to stress that the CIO’s investigation techniques are not surveillance.

He stressed that checking communication records is a legal investigative process, citing that the police looked into some one-point-eight million records, the prosecution 600-thousand and the CIO 135 as of last June.
Share
Print
List