PPP in Limbo Ahead of Candidate Decision on Election Committee Rebuild 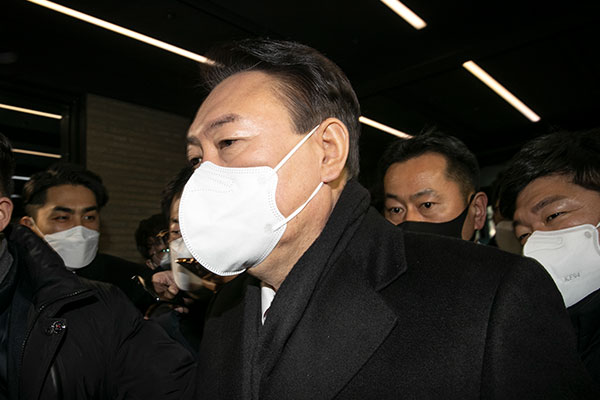 The general chairman of the main opposition People Power Party's(PPP) election committee says he is waiting for presidential candidate Yoon Suk Yeol's decision on overhauling the committee amid internal discord.

Speaking with reporters on Tuesday, Kim Chong-in said he has yet to finalize a decision in consideration of the candidate's plans, while denying there was disagreement between the two.

Asked about setting up a single general headquarters to oversee all matters concerning the candidate, Kim responded positively, saying the basic direction has already been set.

Regarding the fate of existing department heads and other senior committee members, who have offered to step down, Kim said Yoon will decide whether to accept their resignations.

Kim, however, declined to comment on the prospect of PPP Chairman Lee Jun-seok stepping down to take responsibility for the internal strife. Lee has said his position is unchanged.

The general chairman emphasized that the sooner the reforms come, the better, adding that Yoon will likely finalize his decisions by the end of the day.
Share
Print
List