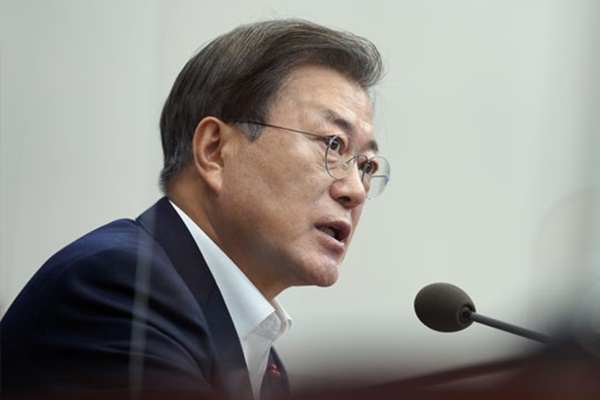 Following Cabinet approval of a promulgated revision to a special law on the April 3 Jeju Uprising, President Moon Jae-in said Tuesday it's fortunate justice has been realized 70 years after the incident.

Moon said it is meaningful in that it marks the first legal measure for an incident where civilian lives were lost before or after the Korean War.

In a written briefing, spokesperson Park Kyung-mee also cited the president as thanking the victims’ families for accepting the government compensation.

Under the revised special law, some ten-thousand victims or their families are set to receive up to 90 million won each over the course of five years.

The Jeju Uprising broke out in 1948 amid deepening ideological divides on the Korean Peninsula before the Korean War. It is estimated to have claimed as many as 30-thousand lives.

Moon said the special law, which demonstrates the values of reconciliation and coexistence, will serve as a standard and exemplary model for future legislation of similar cases.
Share
Print
List