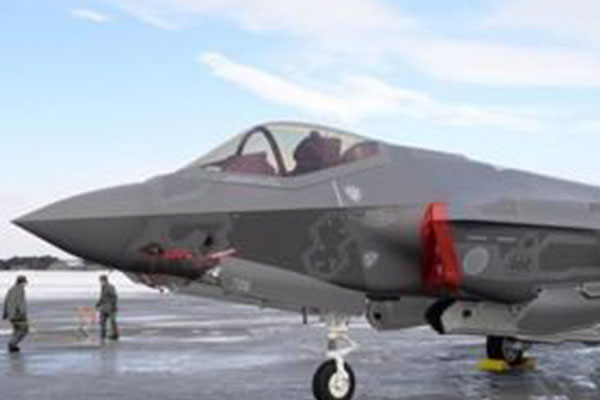 An F-35A stealth fighter operated by the Air Force made an emergency landing in a training session due to a malfunctioning landing gear.

The Air Force said Tuesday that the landing gear failed to operate due to avionic system issues, forcing the pilot to belly land at an airbase in Seosan, South Chungcheong Province, at around 12:50 p.m. earlier that day.

The Air Force promptly covered the runway with special foam, using fire trucks to minimize friction, and both the pilot and fighter jet were intact. The pilot safely exited the plane unscathed.

According to military sources, there have been no official reports of malfunctioning landing gears for F-35 fighter jets to date.

The Air Force and the manufacturer Lockheed Martin will hold a joint investigation to find the exact cause.
Share
Print
List