Cold Wave to Remain in Place on 'Sohan' Wednesday 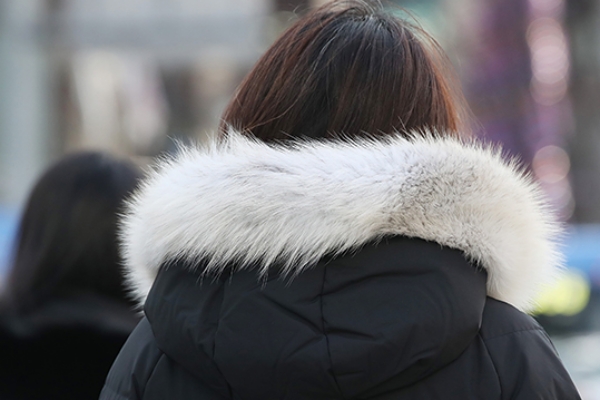 A cold wave will continue to grip the nation on Wednesday, which marks "Sohan", or the coldest day of the year on the lunar calendar.

The Korea Meteorological Administration(KMA) said Tuesday that mercury levels will fall to as low as minus 14 degrees Celsius the next day, with temperatures in the mildest regions of the nation to remain at zero degree in the morning hours.

In particular, northern and eastern areas of Gyeonggi Province and parts of Gangwon and North Chungcheong provinces are forecast to see minus 10 degrees or lower earlier in the day.

Morning lows in Seoul and Daejeon will come in at minus seven degrees, while Incheon, Daegu, Gwangju and Busan are expected see six, five, three and one degree below zero, respectively.

Afternoon highs, meanwhile, are forecast to hover around three degrees for Seoul, five degrees for Gwangju and eight degrees for Ulsan and Busan.
Share
Print
List