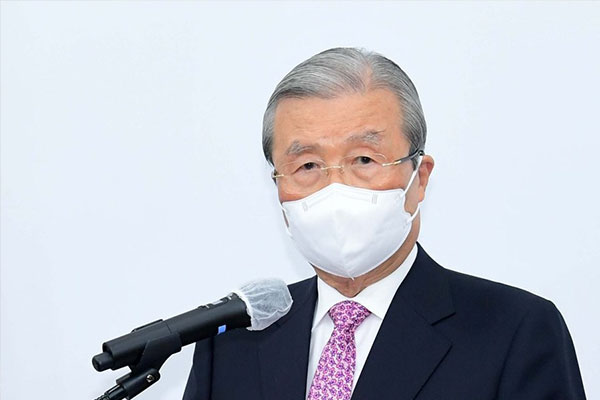 The general chairman of the main opposition People Power Party's(PPP) election committee, Kim Chong-in, has expressed his willingness to step down amid conflict with the party’s presidential candidate Yoon Suk Yeol.

Kim spoke with Yonhap News by phone on Wednesday and said his plans to overhaul the committee are aimed at making the candidate the president, but if Yoon does not see eye to eye, it is better to part ways.

Kim also criticized party officials who accused him of staging a coup or pulling the strings behind the candidate’s back, saying he did not volunteer to lead in the first place and will not have lingering attachments to his post.

His remarks came after media reports that Yoon decided to create a new election committee without Kim and will announce the decision at a press conference later in the day.

Becoming the election committee chief a month ago, Kim on Monday unilaterally announced his plans to reform Yoon’s campaign to shore up faltering public support and strengthen his influence on Yoon. However, Yoon’s close aides protested, saying he was passing over Yoon.
Share
Print
List