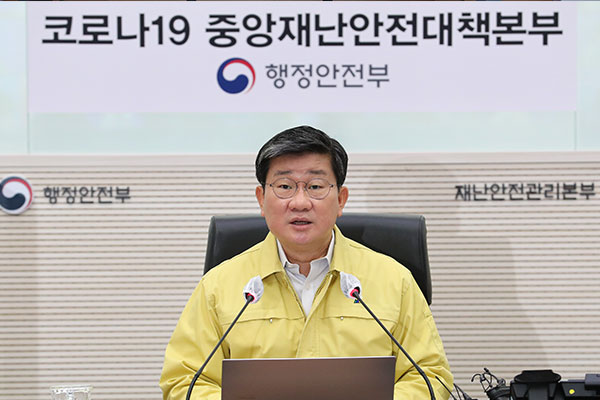 The government says it will try to minimize the inconvenience faced by the public due to the COVID-19 pass system.

Interior and Safety Minister Jeon Hae-cheol, who is also the deputy director of the Central Disaster and Safety Countermeasures Headquarters, relayed the pledge during a headquarters meeting on Wednesday.

Jeon said the government has limited the facilities implementing the pass system to protect the unvaccinated, contain the spread of the virus and ease the strain on the medical system, but it will work harder to minimize public discomfort.

The previous day the Seoul Administrative Court accepted a request for an injunction to temporarily suspend the system’s adoption at private educational facilities such as cram schools and study cafes.

The injunction was filed last month by civic groups, who argued that the measure breaches students’ rights to study, as well as the rights of the owners of those facilities.