Chinese Envoy: Any Decision on S. Korean Delegation to Olympics Will Be Welcomed 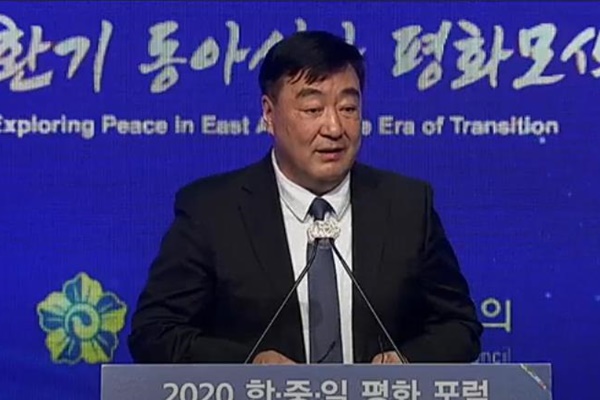 Chinese Ambassador to South Korea Xing Haiming said on Tuesday that Beijing will welcome any decision by Seoul regarding who will lead its delegation to the Beijing Olympics.

Xing relayed his government’s stance in an interview with Yonhap News marking a month before the Winter Games begin, saying any decision from Seoul will be welcomed.

The ambassador said China appreciates continued support from the South Korean government as the host nation of the preceding Winter Games in Pyeongchang.

Xing’s remarks came after the U.S. and several of its allies announced decisions to implement diplomatic boycotts of the Beijing Olympics citing human rights issues in China. Australia, Britain and Canada have joined the move.

Asked whether China invited President Moon Jae-in to the Games, the envoy declined a direct response and repeated that anyone will be welcomed.

Regarding the possibility of inter-Korean engagement during the Olympics, Xing said it depends on the two Koreas and the International Olympic Committee but China, as the host, is willing to help if needed.
Share
Print
List