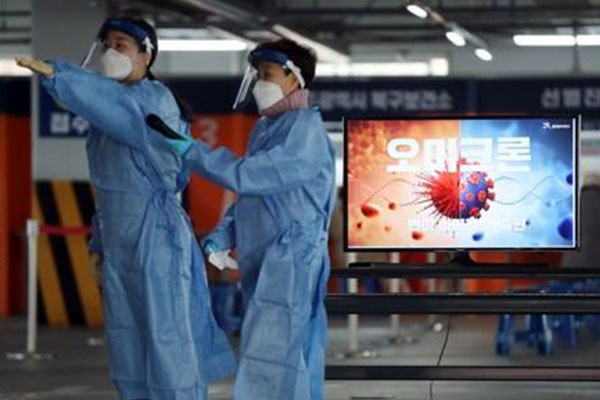 There were fewer than 45-hundred new COVID-19 cases reported on Wednesday amid gradual signs of a let-up in infections, while critical cases stayed below one-thousand for the second day in a row.

The Korea Disease Control and Prevention Agency(KDCA) said that four-thousand-444 cases were compiled throughout Tuesday, raising the accumulated caseload to 649-thousand-669.

The daily tally increased by one-thousand-420 from a day ago mainly due to fewer tests on the weekends, but 963 fewer than a week earlier. It marks the first time in six weeks that the daily number announced on Wednesday fell below five-thousand.

The number of patients in serious or critical condition remained below one-thousand for the second consecutive day at 953, which is 20 fewer than Tuesday and marks the lowest level in three weeks.

Of the new cases, four-thousand-233 were local transmissions, including three-thousand-23 in the capital region, while 211 were from overseas.
Share
Print
List