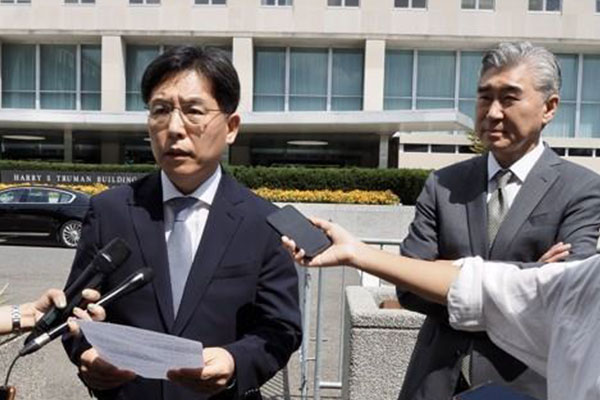 The chief nuclear envoys of South Korea and the U.S. held phone talks on Wednesday to discuss North Korea's firing of a projectile presumed to be a ballistic missile.

It is likely the two exchanged views on the regime's intent and what effects it may have on efforts by Seoul and Washington to restart talks.

According to the Joint Chiefs of Staff, the North fired an unidentified projectile suspected to be a ballistic missile from an inland region into the East Sea at around 8:10 a.m. Wednesday. It is the first show of force from Pyongyang in 78 days.
Share
Print
List