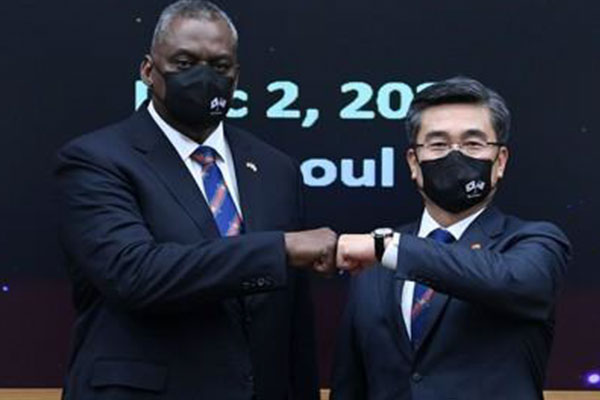 The defense ministers' meeting with South Korea, the United States and Japan, which was being coordinated for Hawaii in mid-January, has reportedly been held off due to COVID-19.

According to Japan's Kyodo News and NHK on Thursday, the three nations were planning to hold the talks on January 13, but decided to postpone in light of U.S. Secretary of Defense Lloyd Austin's contraction of COVID-19 and the rapid spread of the omicron variant in the U.S.

South Korean Defense Minister Suh Wook, Secretary Austin and their Japanese counterpart Nobuo Kishi were to gather for an in-person meeting, which would be the first in about two years since November 2019.

However, Secretary Austin confirmed on Sunday that he tested positive for COVID-19. The three nations reportedly discussed the possibility of a virtual meeting but decided to postpone the event.
Share
Print
List