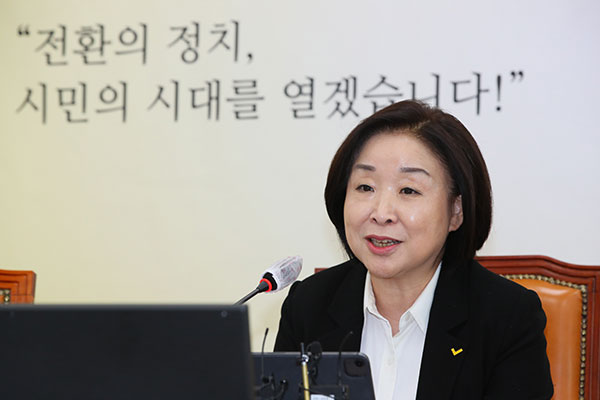 The presidential candidate said that the nation should and can introduce a four-day workweek system without wage cuts, citing a report by the state-run Korea Development Institute(KDI).

She said the KDI report suggested the implementation of the system will lead to a one-point-five-fold increase in productivity per person.

The candidate also pledged to push for comprehensive reform of national pension along with pensions for public servants and veterans.

Regarding the government's COVID-19 pass system, Sim voiced criticism of the forcible implementation and stressed the government should guarantee that it will take full responsibility for the side effects of vaccines.

She supported a recent court decision to suspend the government's enforcement of the pass system at private education facilities.
Share
Print
List