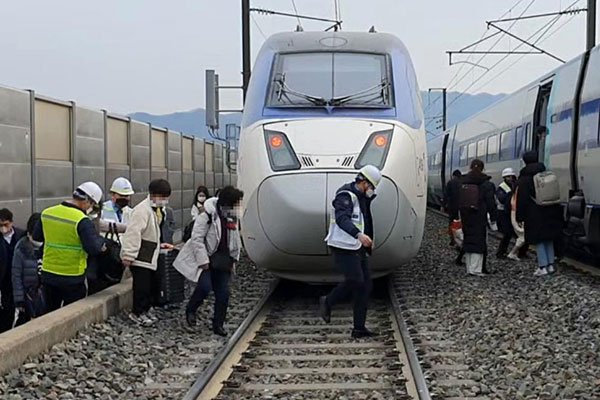 Recovery work has been completed for a derailed KTX bullet train in North Chungcheong Province, returning operations at all sections of the Seoul-Busan route to normal.

According to Korea Railroad Corporation(KORAIL), bullet train operations on northbound and southbound lines linking Seoul and Busan were business as usual from around 8 a.m. Thursday.

KORAIL said the recovery work for the northbound section near a tunnel in Yeongdong was complete at around 5:40 a.m. and work on the southbound section was also completed later.

KORAIL said about 220 people and cranes were mobilized to work overnight, but the restoration took longer than expected.

The derailment occurred at 12:58 p.m. on Wednesday in Yeongdong, causing delays and cancellations. KORAIL offered a deep apology for the incident, and pledged a thorough investigation in cooperation with related authorities.
Share
Print
List