40 Tln Won in Fresh Funds to Be Provided to Small, Mid-Sized Bizs 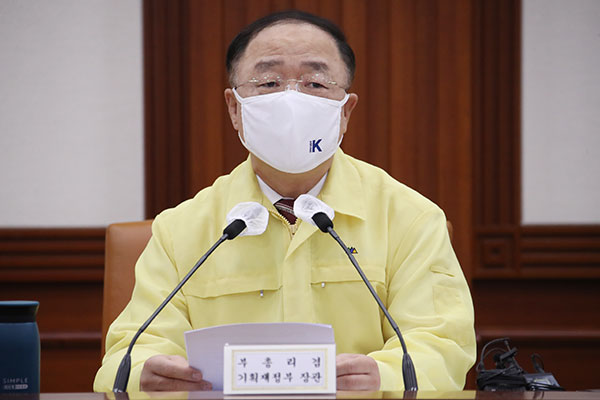 Finance Minister Hong Nam-ki says the government will provide some 40 trillion won in new support for small and mid-sized businesses.

Hong revealed the plan on Thursday during a government meeting on ways to stabilize people’s livelihood ahead of the Lunar New Year holiday.

The fresh funds are separate from the nearly 36 trillion won that the government has put aside to provide to small business owners in the form of low-interest loans.

Hong said that with about one month left until the holiday, the government will also promptly provide six-point-five trillion won in compensation to small businesses hit hard by antivirus restrictions.

He added the government will seek to provide up to ten million won to traditional market vendors to help them secure products that are in high demand during Lunar New Year.