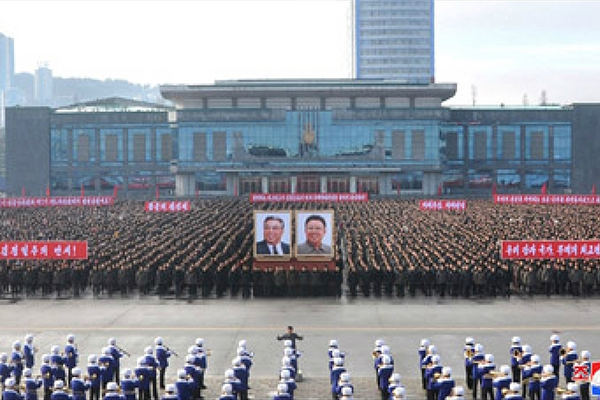 North Korea held a rally in Pyongyang on Wednesday to support decisions reached during the Fourth Plenary Session of the Eighth Central Committee of the ruling Workers’ Party held last month.

The North’s state-run Korean Central News Agency said Thursday that the rally was held at Kim Il-sung Square in the North’s capital.

The report said the event saw the participation of Premier Kim Tok-hun and chairman of the Pyongyang Party Committee of the ruling party, Kim Yong-hwan, among other party officials as well as heads of state agencies in Pyongyang, laborers and students.

The agency quoted Kim Yong-hwan as saying that new orders were issued during last month’s session of the ruling party’s Central Committee regarding the construction of socialist rural communities.

He called for achievements to be made this year in industries related to electric power, coal and agriculture and also in the areas of science, education and health.

During the five-day plenary session late last month, the North cited agricultural and economic projects as well as COVID-19 quarantine efforts as key tasks for this year as it vowed to continue to seek economic development based on self-reliance.
Share
Print
List