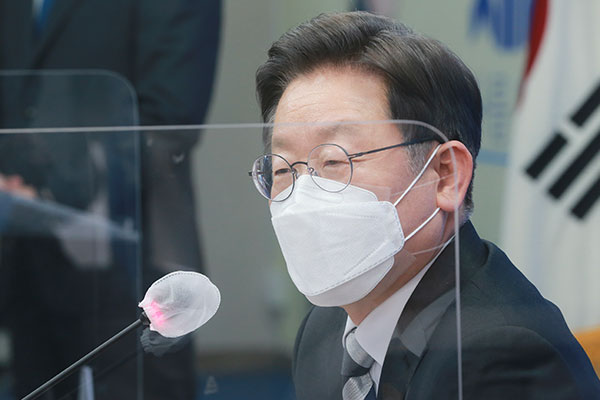 Lee made the promise in posting his seventh "Definite Happiness" campaign pledge of eradicating real estate fraud on social media.

He said tricking people into buying unusable land by making them believe it can be developed is a serious crime that also paralyzes government land development.

The candidate stressed that when he was Gyeonggi governor, he set up a call center to receive reports on such practices and cooperated with the police to arrest 15 people and seek the confiscation or preservation of 24-point-two billion won in illegal profits.