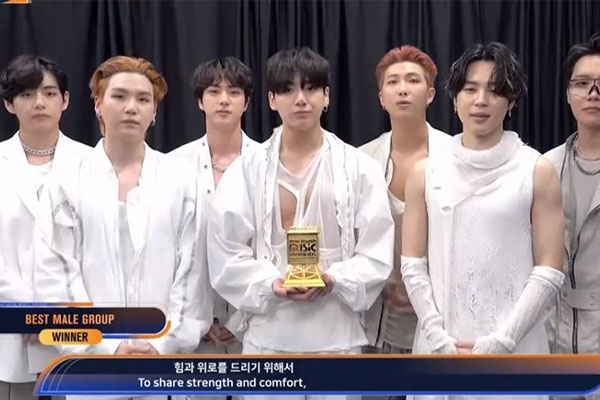 According to Japanese music market tracker Oricon on Thursday, three-thousand copies of the album titled, "BTS, The Best," were sold between December 27 to January 2, bringing the cumulative total to one-point-002 million.

The seven-member group became the 14th foreign act to have a million-selling album in Japan based on Oricon data, and the second South Korean act after BoA, who has two million-sellers from 2003 and 2005.

Oricon said BTS is also the first foreign male act to have a million-selling album after Queen in 2004.

Released on June 16, the compilation album consists of singles and tracks from albums the group has released in Japan since 2017.
Share
Print
List