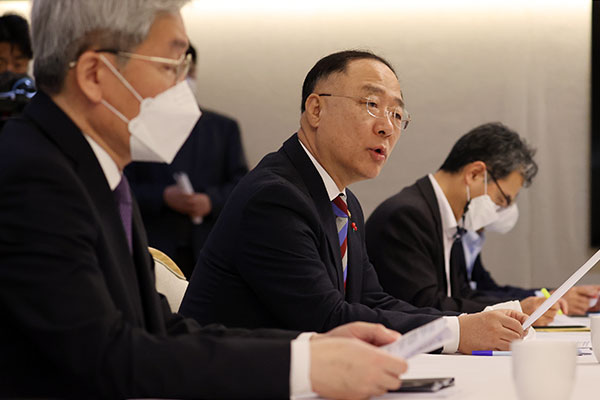 The government will inject a record-high investment into the public corporate sector this year to accelerate post-pandemic recovery.

Following a meeting presided over by Finance Minister Hong Nam-ki on Thursday, the government announced it will expand public corporate investment to a record 67 trillion won, 53 percent of which will be implemented in the first half.

The government will also put forth measures to reinforce customized financial management for each public agency in the first half, to support stability in the investments.