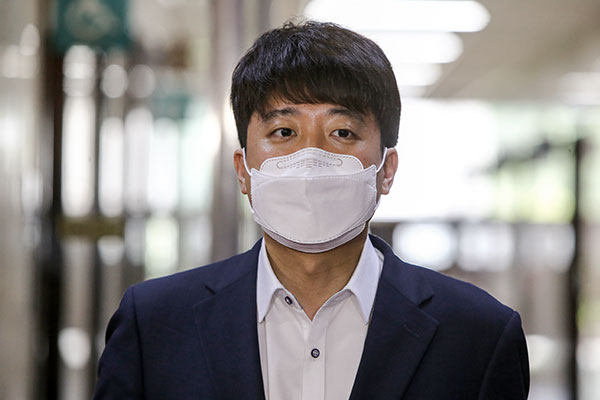 Main opposition People Power Party(PPP) chair Lee Jun-seok has said that his condition for attending a general party meeting is that it is public.

The statement is seen as a response to party members who wished for Lee to attend a closed-door meeting Thursday morning that he missed. He told reporters he has serious concerns over not being allowed open, public discussion.

Earlier on Thursday, a PPP general meeting was held behind closed doors, where the chair’s impeachment was discussed. However, a decision was put off for another meeting when Lee could be present.

He is largely blamed for a feud with the party's presidential candidate Yoon Suk-yeol and internal discord, which led to a sharp fall in Yoon's support ratings ahead of the March presidential election.
Share
Print
List