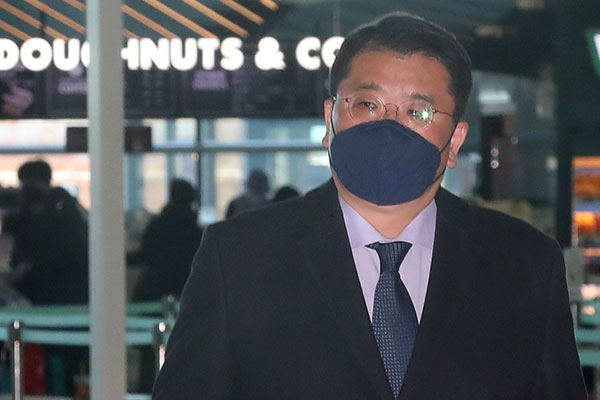 He first met with the U.S. Special Envoy for Iran Robert Malley and Deputy Secretary-General of the European External Action Service(EEAS) Enrique Mora in Vienna on Wednesday, local time, where they discussed the latest efforts for reviving the nuclear deal.

He then held back-to-back talks with representatives from France, Germany and the U.K., reaffirming South Korea's active role to help restore the deal.

South Korea is not a party to the Iranian nuclear deal, but has continued to hold talks with related parties as Iranian assets worth around seven billion dollars remain tied up at South Korean banks under U.S. sanctions slapped on Iran.
Share
Print
List