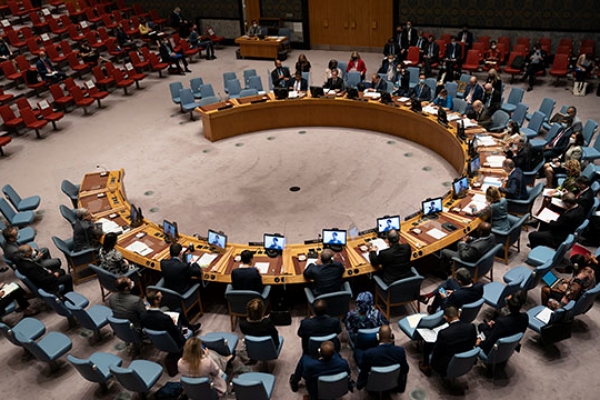 The UN Security Council(UNSC) will hold a closed-door meeting on Monday to discuss the recent missile launch by North Korea, according to diplomatic sources.

AFP reported Friday that the meeting was requested by Britain, the U.S., Ireland, Albania and France.

The proposed meeting is about the North's launch of what appears to be a ballistic missile on Wednesday. North Korea claimed on Thursday that it test-fired a hypersonic missile.

Meetings were convened soon after the North fired ballistic missiles in late September and October last year, but the UNSC failed to adopt a resolution condemning the launches due to opposition by China and Russia.
Share
Print
List