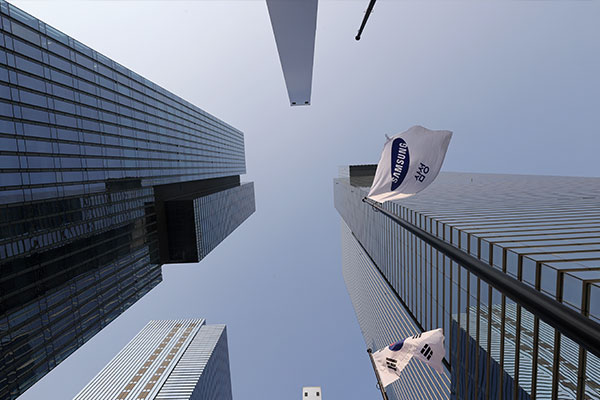 Samsung Electronics forecast a rise of more than 43 percent in its operating profit last year from a year earlier on the back of strong sales in its semiconductor business.

The South Korean tech giant said in an earnings preview that its operating profit for last year is estimated at 51-point-57 trillion won, up 43-point-29 percent from 2020.

If the numbers hold, it would be the third-largest annual operating profit and the largest after 2018, during the global semiconductor boom.

Annual sales are expected to have increased 17-point-eight percent on-year to a record high 279 trillion won, above analysts’ forecast of 278 trillion won.

For the fourth quarter, Samsung said it's likely to post 76 trillion won in sales, up two-point-seven percent from the previous quarter. However, operating profit was estimated to have fallen 12-point-eight percent to 13-point-eight trillion won due to a one-time special bonus.
Share
Print
List