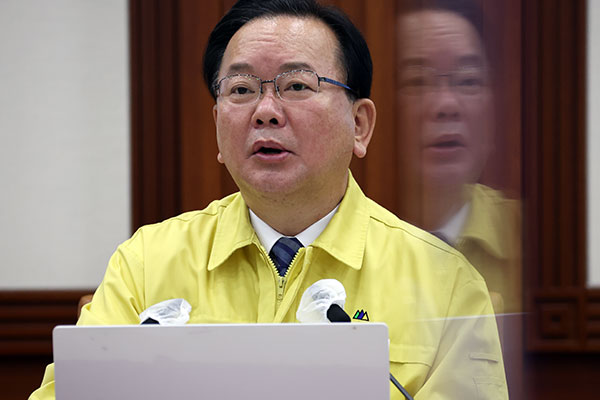 Prime Minister Kim Boo-kyum has called for swift court ruling regarding a case on the enforcement of a COVID-19 pass system.

Kim made the remark during a meeting of the Central Disaster and Safety Countermeasures Headquarters on Friday, saying prolonged confusion and conflict stemming from a suspension could cause damage to the public.

The prime minister said he views the ongoing controversy as an adjustment process for people to find balance between social distancing measures and human rights.

While noting that the system was introduced to help with a safe normalization of daily life, the prime minister said the government is open to improving related policies. He then asked the court to swiftly proceed with deliberations and health authorities to better explain the system.

The Seoul Administrative Court is set to hold a hearing later in the day on the injunction seeking the suspension of the COVID-19 pass system at 17 facilities, including large discount stores, restaurants and cafes.