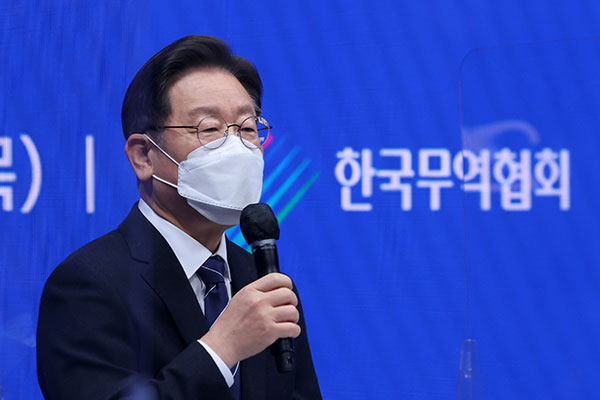 Ruling Democratic Party(DP) presidential candidate Lee Jae-myung has criticized his own party, arguing that it has ignored public opinion and the market.

At a forum co-hosted by the Korean Association for Public Administration on Thursday, Lee said the public censure that the DP  now faces is due to its stubbornness and tendency to put its philosophies and values over those of the public.

For example, he attributed the ruling bloc’s inefficient real estate policies to the party and government’s denial of market signals of a housing supply shortage.

The candidate then said he will follow the market and ease unnecessary regulations. The former Gyeonggi governor also promised intensive reforms of government agencies and officials.

Regarding his recent calls for universal COVID-19 relief payouts to be included in a supplementary budget, Lee backtracked and said assistance for small businesses should be prioritized in the extra budget planning.
Share
Print
List