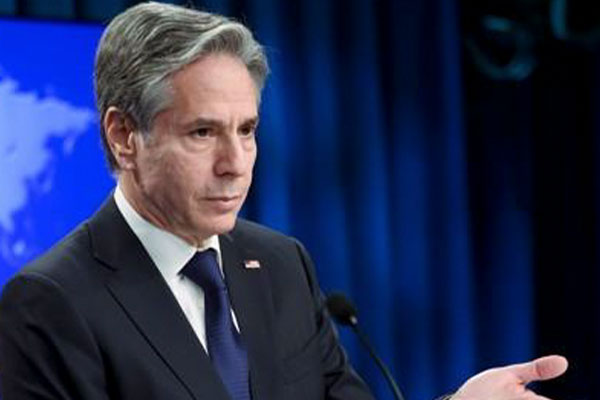 U.S. Secretary of State Antony Blinken said on Thursday that North Korea poses a continuous threat to the region and beyond with its nuclear and missile programs.

Blinken made the remark during a virtual joint meeting of foreign and defense ministers from the U.S. and Japan, pointing to the North’s launch of what it called a hypersonic missile earlier this week.

He said that aggressive behavior by the North, as well as China and Russia, is threatening the rules-based international order and the alliance should not only strengthen the tools they have but also develop new ones to cope with the evolving threats.