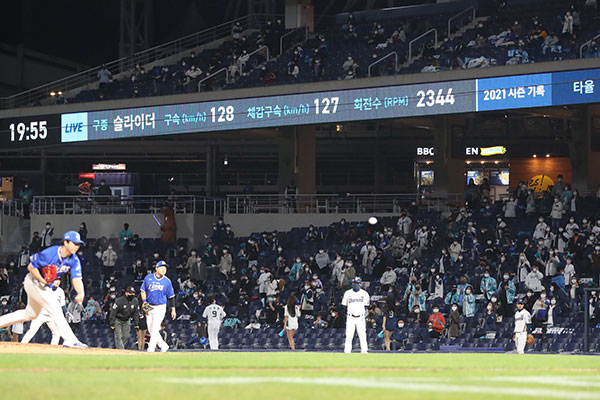 The professional baseball league will kick off the 2022 season on April 2.

The Korea Baseball Organization(KBO) on Thursday announced the league’s 720-game regular season schedule for this year, with each of the ten teams playing 144 games as usual.

The top five teams from the 2020 season will host the opening two-game series. Defending 2021 champs the KT Wiz will face the Samsung Lions in Suwon, while runners-up the Doosan Bears will play the Hanwha Eagles in Seoul

After a two-year hiatus due to the pandemic, the All-Star Game will be held on July 16, with the All-Star break scheduled from July 15 to 21.

The league also decided to continue regular games during the Hangzhou Asian Games which are to start September 10.
Share
Print
List