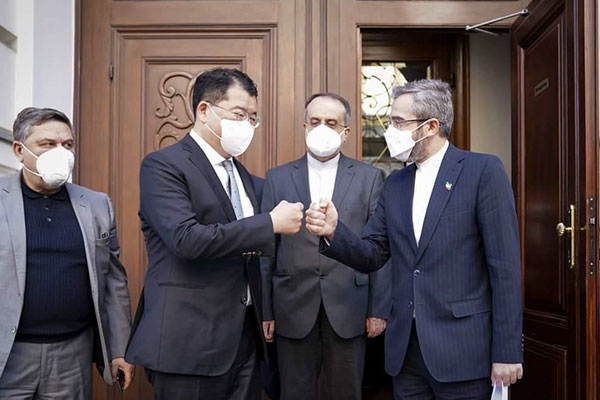 The agreement came on Thursday during talks between First Vice Foreign Minister Choi Jong-kun and his Iranian counterpart Ali Bagheri Kani. They met on the sidelines of ongoing talks in Vienna to restore the 2015 Joint Comprehensive Plan of Action(JCPOA) on Tehran's nuclear program.

While details of the working-level dialogue were not released, officials from the two sides' respective foreign and finance ministries are expected to seek ways to transfer the frozen funds worth around seven billion dollars.

According to the state-run Islamic Republic News Agency(IRNA), the Iranian vice minister urged Seoul to promptly act to return the money to Tehran, regardless of the outcome of the Vienna talks.

Sharing the view that the frozen assets should swiftly be returned, Choi expressed hope for the countries involved in the ongoing negotiations to reach an agreement.