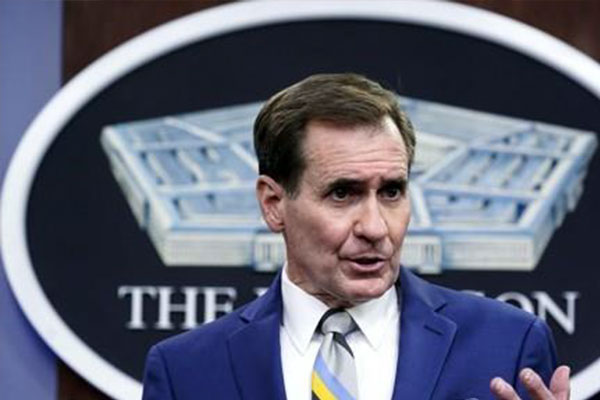 The U.S. Department of Defense said on Monday that it was still assessing the details of last week’s missile launch by North Korea, which claimed it tested a hypersonic missile.

Pentagon spokesperson John Kirby issued the position in a press briefing, saying that the U.S. has no updates. When asked about the assessment of the missile launch, Kirby said that the U.S. has called it a ballistic missile, and it was still evaluating the details.

The spokesperson added that the North’s ballistic missile program that launches such missiles continues to be in violation of multiple U.N. Security Council resolutions.

He said the U.S. also calls on North Korea to abide by those obligations and responsibilities and to look for ways to de-escalate.

North Korea announced on Thursday that it test fired a newly developed hypersonic missile the previous day. However, the South Korean defense ministry said the North's claim appears to be exaggerated, calling the missile a slightly upgraded version of a ballistic missile.
Share
Print
List