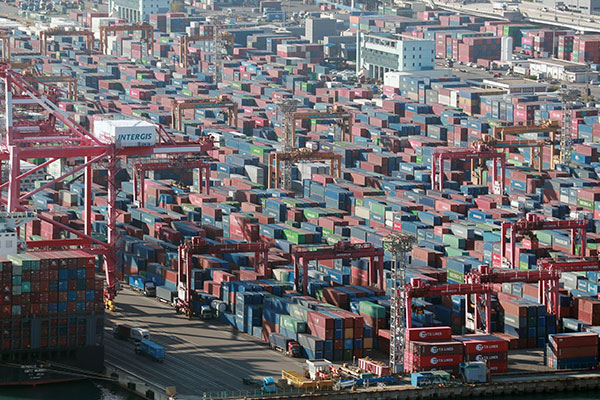 South Korea posted a current account surplus for the 19th consecutive month in November although the surplus narrowed due to a sharp rise in imports.

According to tentative data from the Bank of Korea(BOK) on Tuesday, the country's current account surplus came to seven-point-16 billion U.S. dollars in November.

It’s the 19th straight month a surplus has been logged since May 2020 but the amount decreased by over two billion dollars from a year ago.

Exports rose by 27-point-one percent on-year to 59-point-six billion dollars, while imports jumped 45-point-three percent to 53-point-seven billion dollars due to the rising prices of crude oil and raw materials.