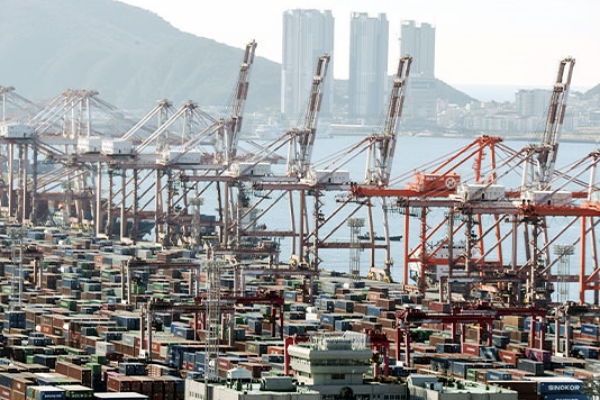 Exports rose over 20 percent on-year in the first ten days of January.

According to tentative data from the Korea Customs Service on Tuesday, the country’s outbound shipments stood at 13-point-nine billion U.S. dollars in the cited period, up 24-point-four percent from a year earlier.

Average daily exports grew by 14-point-eight percent, with the number of working days rising by half a day from last year.

Exports to China rose 22-point-six percent and by 35-point-one percent to the United States.