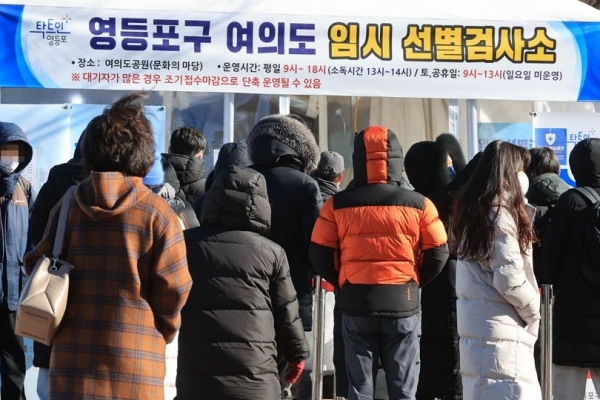 Daily new COVID-19 cases remained below four-thousand for the fifth straight day on Tuesday, with the number of critical cases staying in the 700s for a second day.

The Korea Disease Control and Prevention Agency(KDCA) said Tuesday that three-thousand-97 new cases were reported throughout Monday, raising the total caseload to 670-thousand-483.

The daily tally is about 92 more cases than the previous day and some 75 more than a week ago, but 767 less than two weeks ago.

The number of critically ill patients is down by six to 780. The figure remained below one-thousand for the eighth consecutive day.

As of 5 p.m. Monday, the ICU occupancy rate stood at 44-point-nine percent nationwide, down two-point-seven percentage points from the previous day. The figure for the greater Seoul area also fell to 47-point-four percent.

Forty-three more people died of the virus, raising the death toll to six-thousand-114. The fatality rate stands at zero-point-91 percent.

Of the new cases, two-thousand-813 were local transmissions, while 284 were from overseas. The number of imported cases rose by 45 from a day ago to mark the second largest figure amid the global spread of the omicron variant.
Share
Print
List