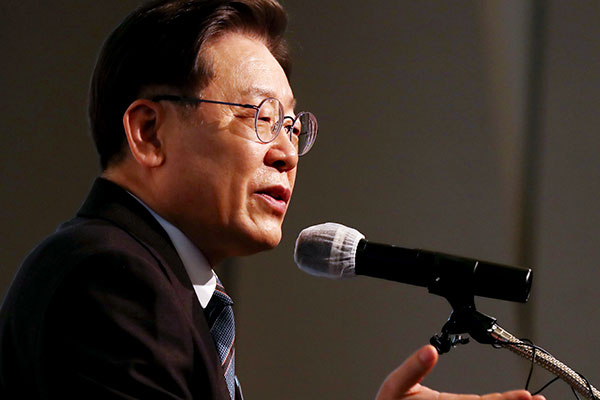 Lee made the pledge on Tuesday as he presented his vision for a new economy in a ceremony at the National Assembly.

He said now is the “golden time” for a major transition as he cited that the nation is living amid huge historical shifts in the face of the COVID-19 pandemic and the digital transformation and energy conversion.

Lee said he will preemptively build infrastructure regarding logistics, systems and personnel for the growth of the digital transformation.

In particular, the candidate said he will seek to build an “energy superhighway” as a key innovative industry, just as the Park Chung-hee government laid the groundwork for an "industrialization superhighway" and the Kim Dae-jung administration the "internet superhighway."

Lee previously described the “energy superhighway” as a diversified energy network in which people will be able to easily make, sell and buy renewable energy anywhere.
Share
Print
List