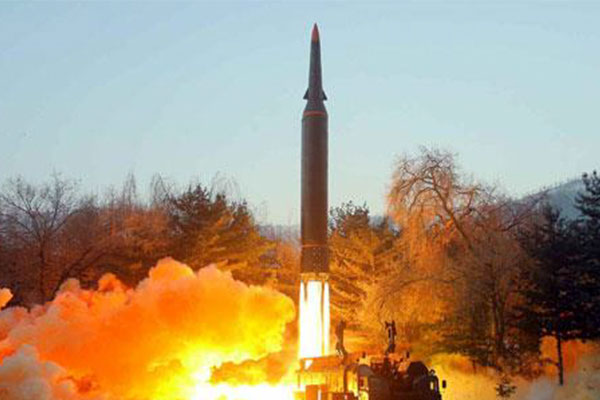 South Korea's Joint Chiefs of Staff(JCS) believes a suspected ballistic missile North Korea launched Tuesday morning traveled at a speed of Mach 10, which falls in the category of a hypersonic missile.

In a text message to the press corps, the JCS said the missile fired into the East Sea from Jagang Province traveled more than 700 kilometers at a maximum altitude of 60 kilometers and a max speed of around Mach 10.

The JCS assessed it as an improvement from what was launched six days ago, adding that South Korean and U.S. intelligence officials are closely analyzing the specifications.

It is maintaining vigilance and monitoring to prepare against any additional launches under close coordination with Washington. The JCS added the military is capable of detecting and intercepting the latest projectile and continues to strengthen its response system.

It also stressed that the missile launches are clear violations of UN Security Council resolutions and must immediately stop as such acts do not help ease military tension when diplomatic efforts are under way to establish peace.
Share
Print
List